At the end of the summer, the Neighbors on the Mount hosted a table at the Community Picnic at Olympia Park that was sponsored by the Grandview Lions Club and Council-woman Theresa Kail-Smith.  The library hosted a craft table and more than 300 buttons were made during the picnic.

On September 22nd, the MWCDC hosted their 2nd Annual Block Party on Grandview Avenue.  This great neighborhood party ushered in the Fall season in style with lots of great food, drinks and entertainment.  We would like to thank everyone that stopped by the Neighbors on the Mount tent during the block party.

Join us to talk about Public Safety, Neighborhood Beautification Projects and Community Events.  Councilwoman Theresa Kail-Smith will be on hand to share some neighborhood news.  The meeting will be held at the Grandview Bakery.

Join your neighbors with cleaning up the Mount!  Meet at the Shiloh Street Garage to pick up gloves and bags.  A meet-up after the clean-up is planned at Coughlin’s Law Kitchen and Ale House. 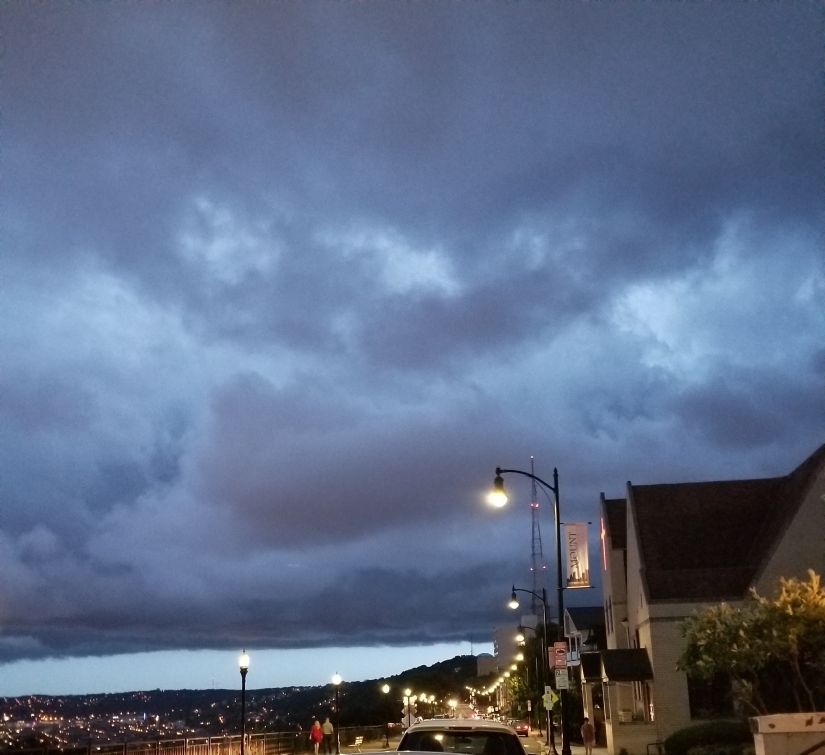 On Saturday, July 14th, the Neighbors on the Mount held another community clean-up project.  This time the intersection of Boggs/Warrington/Rt. 51 was cleaned up and 13 big bags of trash and litter were collected thanks to Mike Carlin, Monica Diel, Mark Benny, and Linda and Kevin Reber.

The next community clean-up is scheduled for Saturday, July 28, 2018.  This clean-up project will focus on the Fireman’s Parklet on Shiloh Street from 8:30 am to 12:00 pm. This project will include a litter pick-up and a weeding of the green space in the park.  Gloves, Trash Bags and refreshments will be provided to all volunteers. 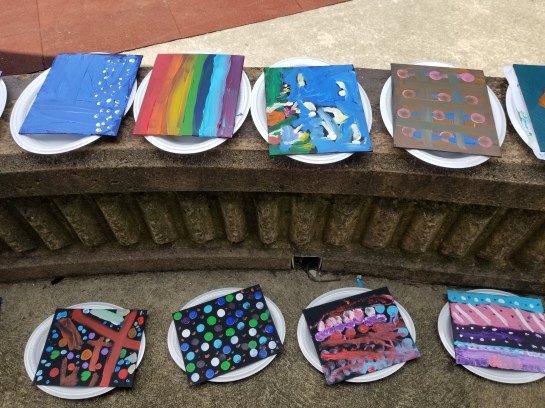 The Carnegie Library of Pittsburgh–Mt. Washington will host an Art Table during the picnic.

ICYMI:  On Thursday June 21st, the Neighbors on the Mount (NOTM) partnered with the Mt. Washington Community Development Corporation (MWCDC) to host a community happy hour that celebrated the Summer Solstice at Coughlin’s Law Kitchen and Ale House.

As part of the celebration, a Pittsburgh and Neighborhood Trivia contest was held and these were the questions. Test your knowledge of Pittsburgh Trivia!  The answers will be shared at the bottom.

1. In what year did Pittsburgh first claim the top spot in the Places Rated Almanac and was declared America’s Most Livable City?

2. What is the oldest building, of any kind, that is still standing in Allegheny County?

3. Who bid adieu to the viewers of his 11 PM newscast with “good night, good luck, and good news tomorrow”?

4. Before Channel 11 became WPXI, what where its call letters?

5. What was Fort Pitt Beer’s slogan?

6. This community within the larger Mt. Washington neighborhood of the city of Pittsburgh was designed on the principles of the Garden City Movement of the early 20th Century. It was declared a National Historic Landmark in 2005.

8. The Duquesne and Monongahela Inclines, are the oldest continuous inclines in the world. Another word for this type of incline is what?

9. The Wabash tunnels were remodeled in the 1960s for what unrealized light-rail system?

10. What majestic Mt. Washington landmark was dedicated on December 19, 1897?

11. This park space was once known as the Grand View Scenic Byway and includes all of the area parks and greenspaces in our neighborhood. This 257-acre green space includes 10+ miles of trails.

14. This member of the royal family visited Mt. Washington on a foggy, rainy day in 1988? Who was it?

15. Who the was Mayor of Pittsburgh when Engine Company 27 was erected?

16. What organization was formed in 1964 that saved the Duquesne Incline?

17. Johnny Unitas was a Hall of Fame quarterback that grew up in Mt. Washington. What high school did he attend?

18. These tunnels are the longest automobile tunnels in the City of Pittsburgh.

19. Bill Clinton and this Prime Minister of Great Britain visited Mt. Washington on Feb. 28, 1994. They rode the Duquesne Incline and dined at the Tin Angel. Who was the prime minster?

20. Point of View is a 2006 landmark public sculpture in bronze by James A. West; it sits in a parklet named for the work of art. The statue sits on the corner of Grandview Avenue and Sweetbriar Street in Duquesne Heights. Who is depicted in this face-to-face meeting? 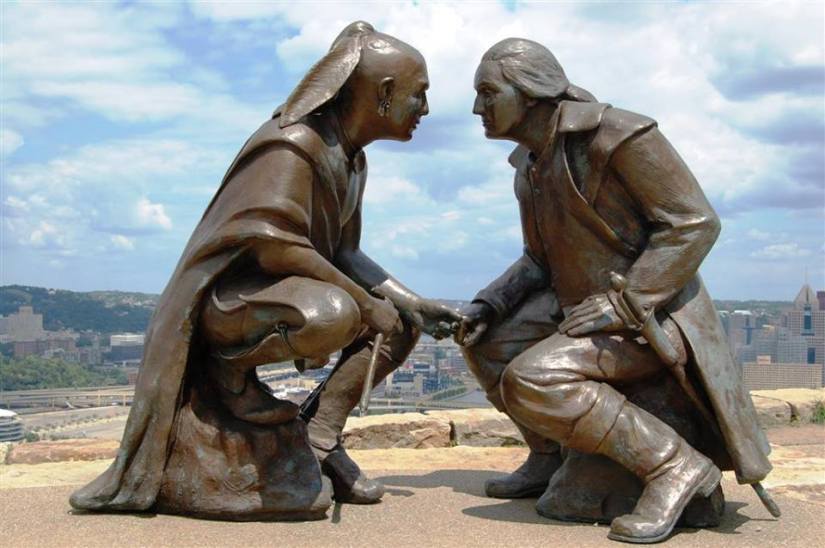 The Neighbors on the Mount are organizing the following community cleanups this summer:

Rain dates for all of these clean-ups is the next day, Sunday, at the same time and place.

At all of the clean-ups, gloves, bags and refreshments will be provided by the Neighbors on the Mount. 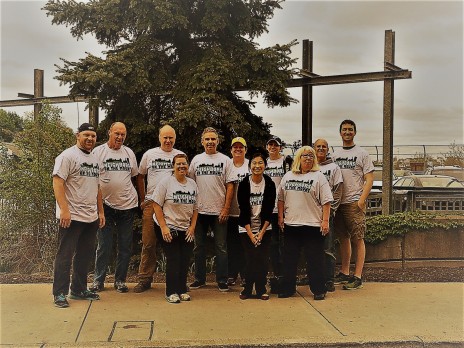 Mission: Neighbors on the Mount is a volunteer action group to help improve quality of life, public safety and community connections in Mount Washington and Duquesne Heights. All residents and business owners interested in building a stronger community are invited to participate.

Vision: We see the Mount as a true community–where people know, care for, challenge and engage each other, as well as take pride in the unique beauty and potential of Mount Washington, creating a greater life together.

The Neighbors of the Mount work to provide and support all kinds of activities in our neighborhood, such as community clean-ups, fun family events and much more. We partner with other community groups and organizations to contribute to the quality of life for the residents of Duquesne Heights and Mt. Washington.

In April, we hosted the 2nd annual Shiloh Street Chili Cook-off.  Next up is the Summer Solstice Happy Hour to officially welcome our newest local business, Coughlin’s Law Kitchen and Ale House, sponsored by the MWCDC and NOTM.  Join us on Thursday, June 21, 2018 (5-7 pm) for some Pittsburgh themed door prizes and trivia. Coughlin’s Law will have a lot of great appetizer and drink specials for everyone to enjoy.